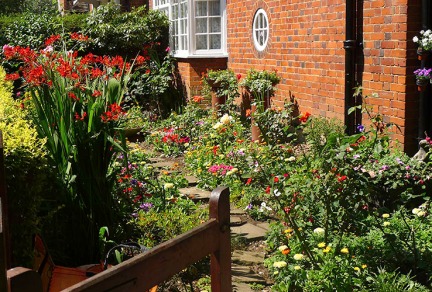 Front Gardens in Brentham  are judged 3 times a year with the winners traditionally being announced at the AGM in October.  As well as seasonal winners, who receive garden vouchers, the coveted Rose Bowl is awarded for the best garden overall.

For Brentham residents, it’s a good  reason to spruce up their front gardens. The competition judges walk around  the estate  choosing their favourites in mid-April for the  SPRING Award,  the end of June for the SUMMER Award and mid-September for the AUTUMN Award.