There are approximately 625 houses on the Brentham estate and over the last 20+ years about 30 have changed hands on average each year – although there have been fluctuations of between 13 and 49.

In general, annual sales since 2008 have been lower than the previous period. 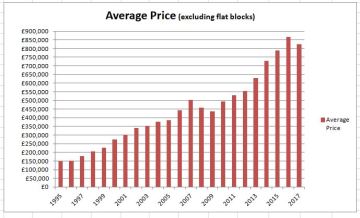